Skip to main content
PLEASE NOTE: Prints are custom made and take about two weeks to ship. Thank you! 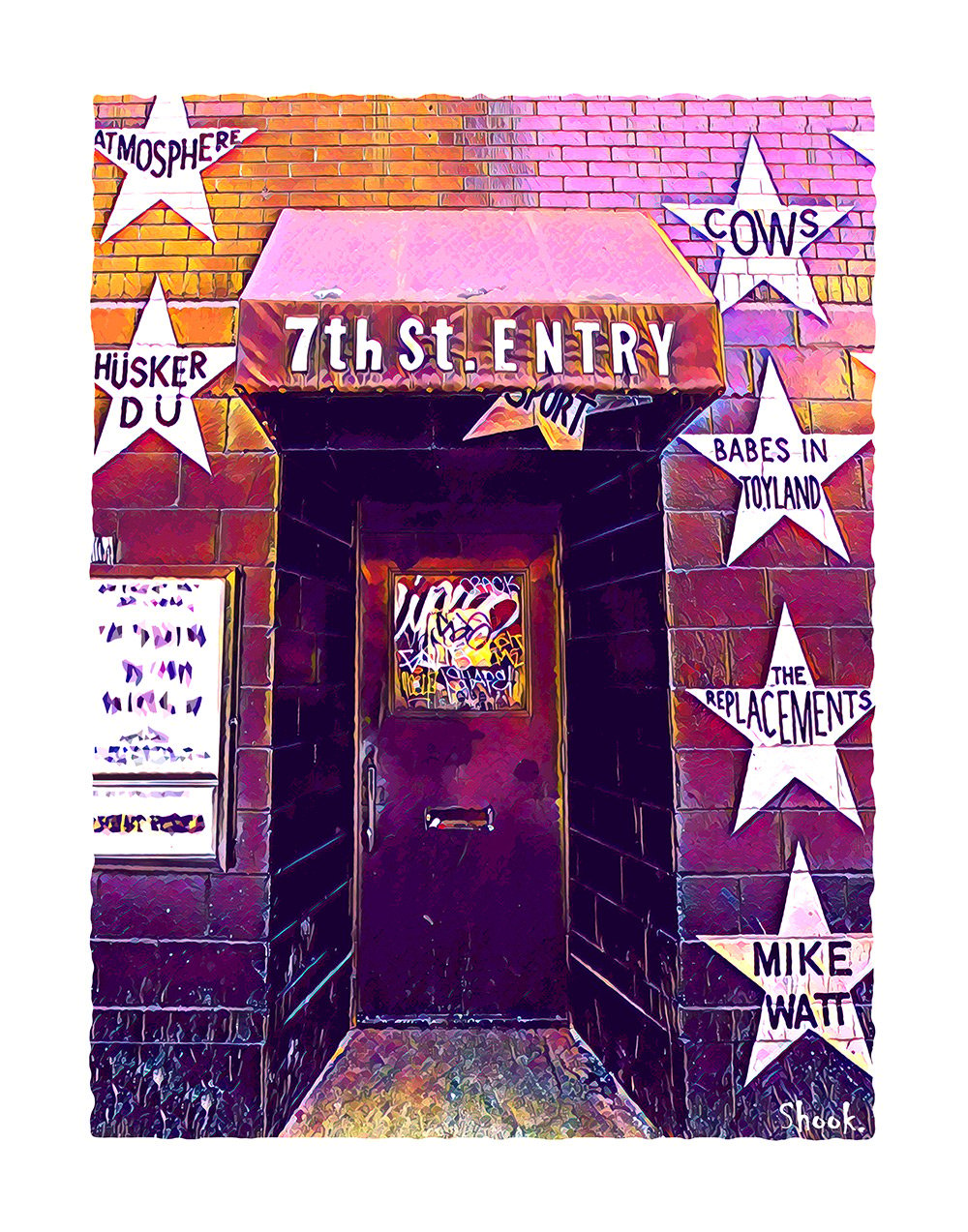 Well, what we have here is actually two stages - officially known as First Avenue (the main stage) & 7th Street Entry (the smaller stage for alternative and indie bands). Since 1980 the two stages have hosted rock, R&B, funk, alt-country, blues, and worldbeat acts, as well as having served as a venue for larger local acts such as Prince, the Replacements, Hüsker Dü, Soul Asylum, and the Jayhawks. Ground Zero for the Twin Cities rock scene incubation!

The 7th St Entry was once used as a restaurant area (aka the "Greyhound Cafe") in the former Greyhound bus station. "The Entry" opened its doors in March 1980 and has been around pretty much ever since. Several recordings have been recorded live at The Entry, including The Scouting Report's tune "Over the Ocean", Hüsker Dü's "Land Speed Record" album, Big Black's song "Cables" from their Atomizer album, Rifle Sport's live album "Live at the Entry, Dead at the Exit", and Motion City Soundtrack's "Commit This to Memory" live DVD. Truly a treasured piece of living musical history!