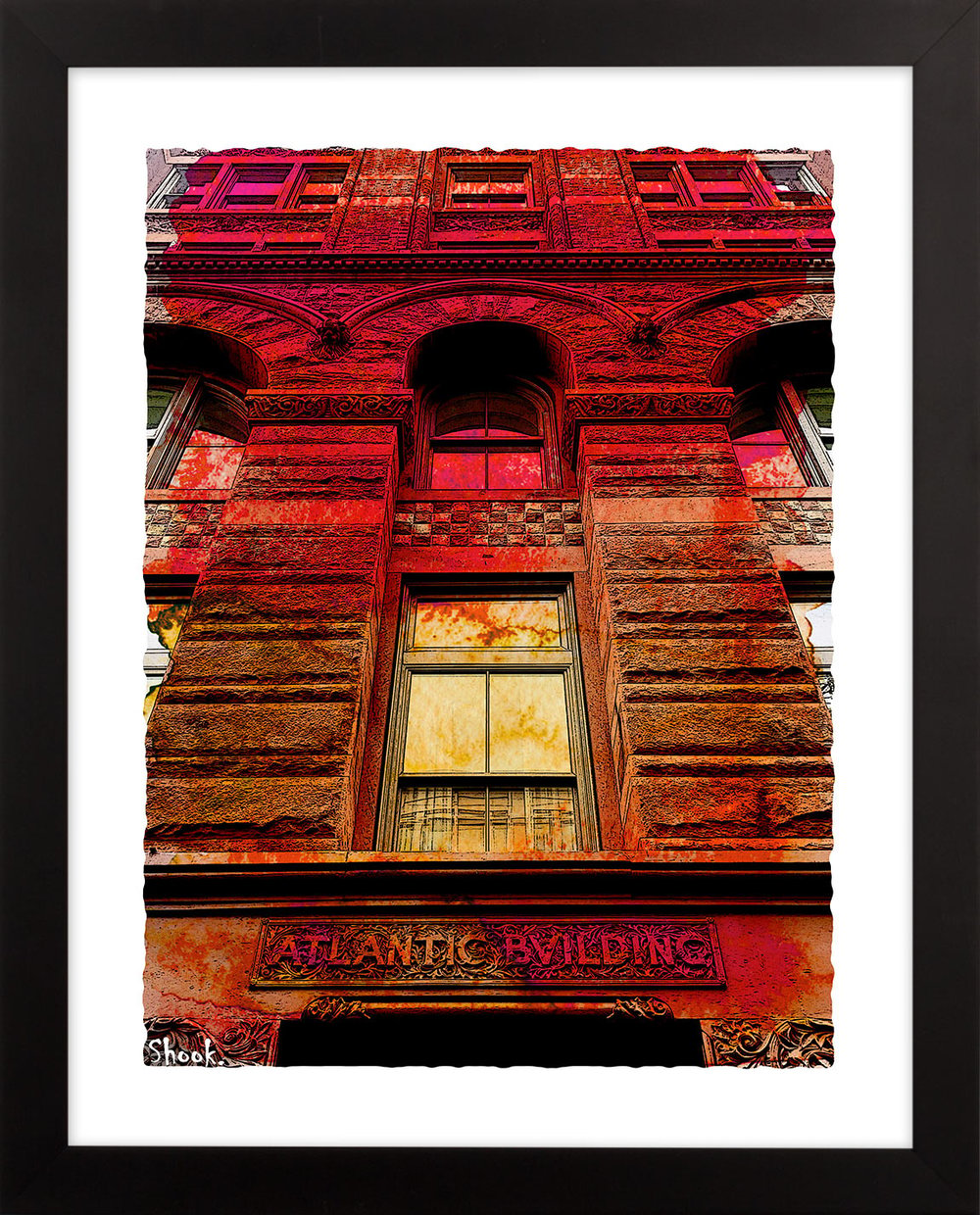 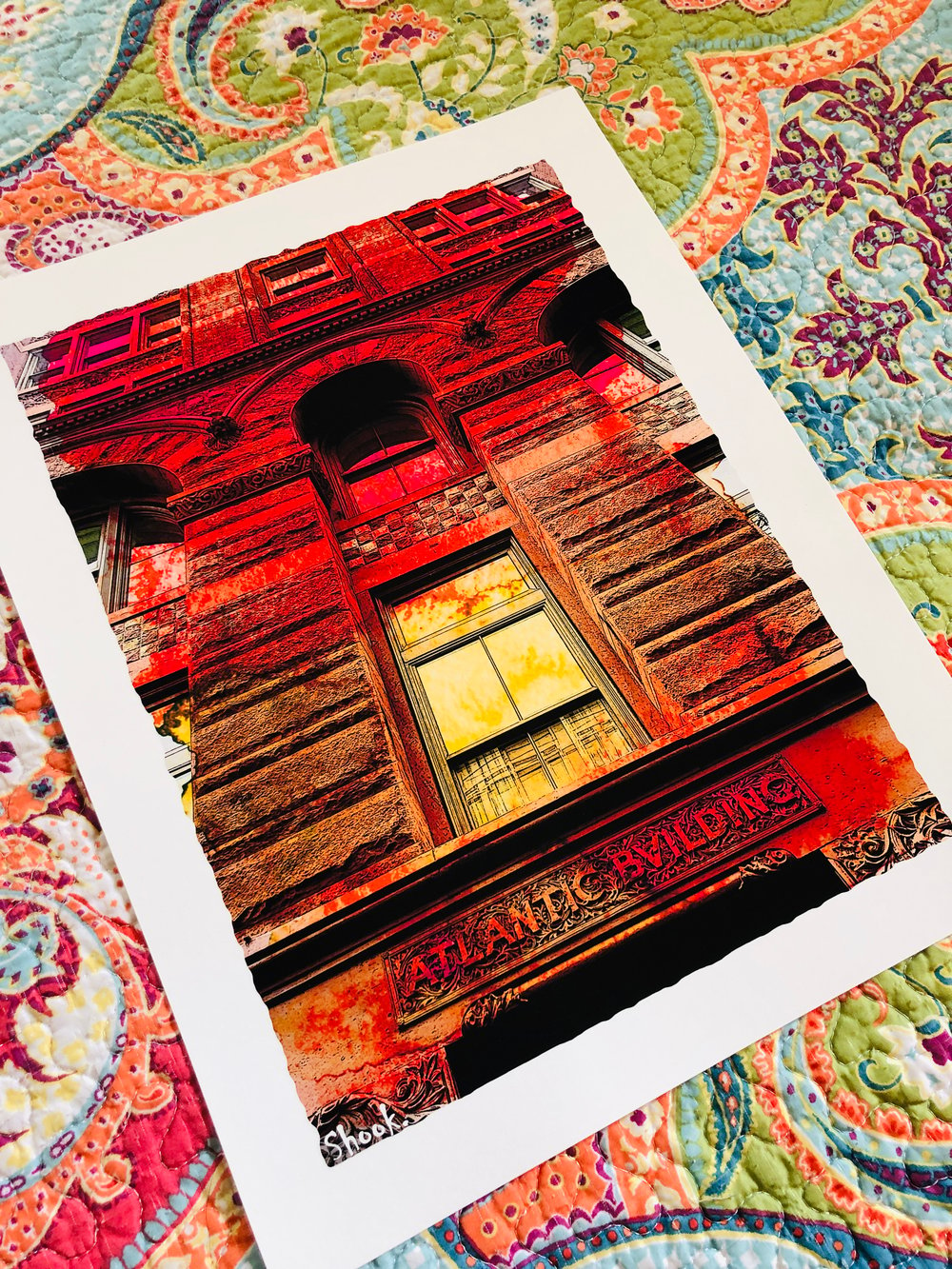 Brand new design! Print size is 11" x 14", which looks awesome unmatted in a frame or in a standard 16" x 20" mat. This one is not silkscreened rather it is printed via Giclée, a high end archival printing process that layers inks in a similar fashion to screening. The colors POP and the image is very sharp!

Those of you who remember, remember! The Atlantic Building at 930 F Street NW has a long and storied history, a history that figures heavily in the lore of the DC music scene. Not only was it the original home for the 9:30 Club (the Atlantis Club prior to that), but the upper floors also housed many of the DC artists of the time. If memory serves, Roddy Frantz (Talking Head Chris Frantz's brother) lived there while also playing in the band Urban Verbs. It was a nexus of artistic activity in the District in the 70s and 80s!

The architecture is still gorgeous to behold. I walk by the Atlantic at least once a week (pre-COVID 19, anyhow) and marvel at the stone work and arched windows.

From the Library of Congress' site: "When the Atlantic Building was completed in 1888, it was the largest commercial structure in the city and one of the first with a passenger elevator. The speculative office building was designed by James Hill Green, who had served as supervising architect of the U.S. Treasury and was the designer, as well, of numerous fine private buildings in Washington. The eight-story Atlantic is noted as one of the last "skyscraper" buildings to be constructed with load-bearing masonry walls. The eight story features two large assembly rooms, the location of numerous important public meetings, including one at which the National Zoo was founded. In 1890, this top floor served as headquarters for President Benjamin Harrison's inaugural committee. " Now THAT'S some real-deal history!