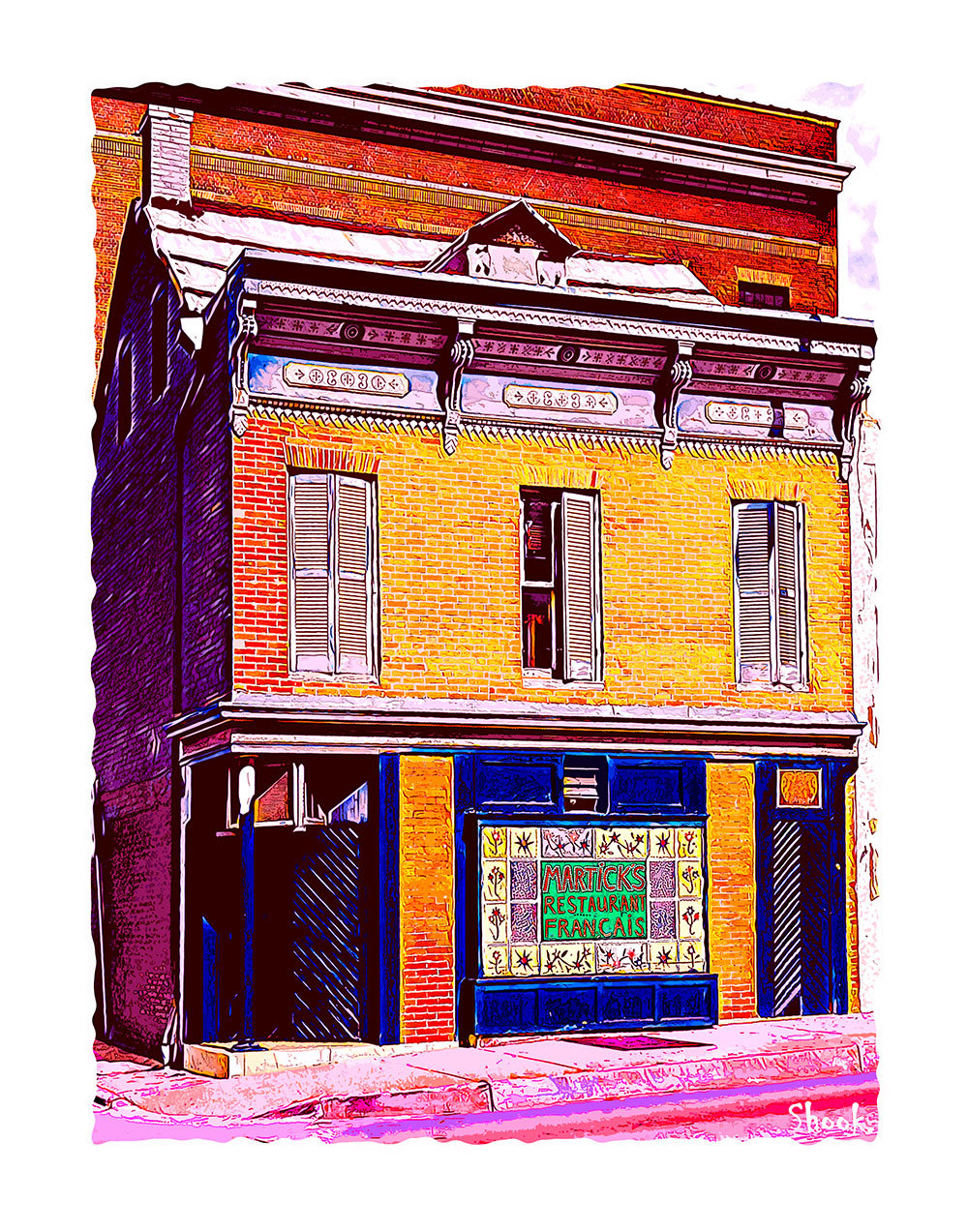 Man, the history of the now bygone Martick's is the stuff of legend. From rowhouse to grocery store to speakeasy to legit tavern... all before becoming a French restaurant. John Waters and his Dreamland performers used to hang out here in the 60s and 70s. Morris Martick was a character and a half... for those of you lucky enough to have been there, well, you KNOW.

I couldn't possibly say much more than the reams of ink spilled about Martick's, so I encourage you to Google it and prepare yourself to be amazed. I will pilfer the introduction from it's Wikipedia entry here, just as a highlight... ahem...

Martick's Restaurant Francais (previously known as Martick's Lower Tyson Street Tavern) is a defunct restaurant and historic building in Downtown Baltimore, Maryland. The 2,860 square-foot Federal style building was built no later than 1852. After serving a variety of uses over the decades, the structure opened as a French restaurant on July 9, 1970. Over its decades as a bar and restaurant, Martick's was known as an artists' refuge, "a tiny isle of Bohemia set in a conservative city. "So steeped in the particular culture of its city in the 20th century, the restaurant was referred to as "the Natty Boh of French dining in Baltimore."