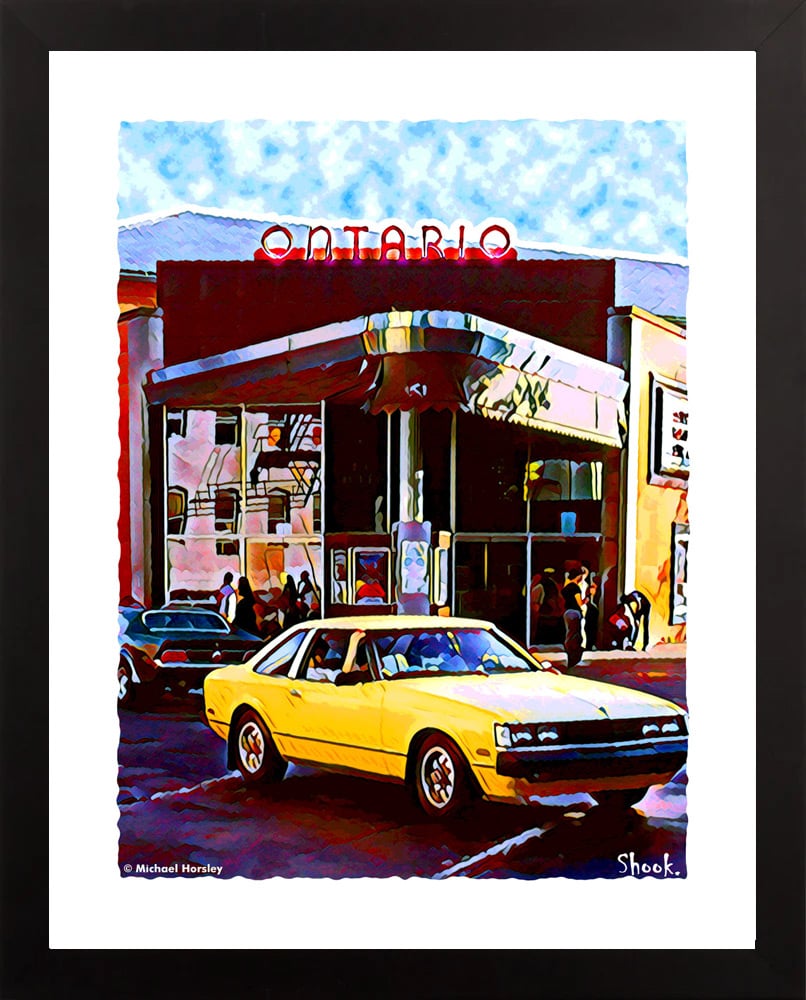 Part of a collaboration with DC photographer, Michael Horsley! Michael documented crucial scenes of Washington DC in the 80's and beyond. His images of vintage, dirty-gritty DC have been a major source of inspiration in my own art so I was more than pleased when he agreed to let me do my own colorization to some of his iconic photos. Some of these subjects are still extant and some are long-gone, but all serve to tell a story of our Nation's Capital from a street level. In Michael's own words:

The Ontario was the site of some amazing punk rock shows. I think I only saw one or two movies there. This image is one of my earliest photos of Washington in the 1980’s. I really did not know a lot about photography and I was more influenced by cinematography and this image is an emulation of 1970’s movies like Blue Collar or Taxi Driver. I was shooting from the hip, meaning I didn’t overly compose the shot just brought the camera to my eye."