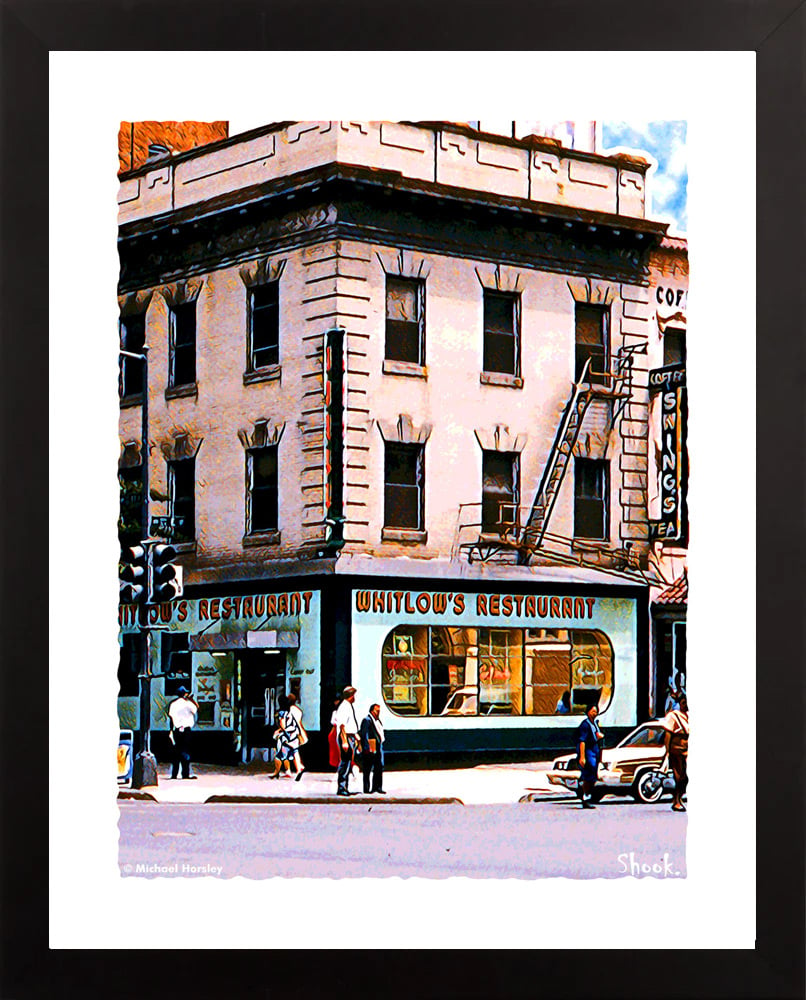 By the time I took this image Whitlow’s was one of the few restaurants in that area of downtown open at night. There was also the Pink Elephant room in the Hotel Harrington across the street. Places like Whitlow’s reminded me of Edward Hopper’s painting 'The Nightowls'. It was a rough and tumble working persons luncheonette/bar for cheap beers and greasy food. Another vitrolite façade that was impossible to pry off after the restaurant went out of business and sat vacant for years. The whole 11th street block was abandoned for a very long time. I must have taken 100’s of photos of Whitlow’s trying to capture the essence of what I experienced, but I never could quite pin it down."